This Fight Of Mine is a photography project about Natasha, 21 and Pauline, 48, two amateur Muay Thai fighters whose personal lives were changed deeply since they picked up the sport. 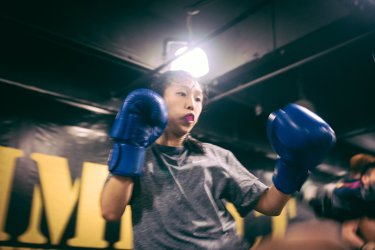 3 years ago, when Natasha was 18 years old, she found herself with more free time on her hands, having recently broke up with her ex-boyfriend.

Following her friend to Singapore Polytechnic’s MMA classes, she eventually discovered Muay Thai. Through Muay Thai, she lost a lot of weight, and learned how to control her anger and impulses.

She describes Muay Thai as “my Zen area”; and the tightly knit community at Impact MMA has become a part of her life. Because she got into the sport, she also met Travis, and they have been together for two years. 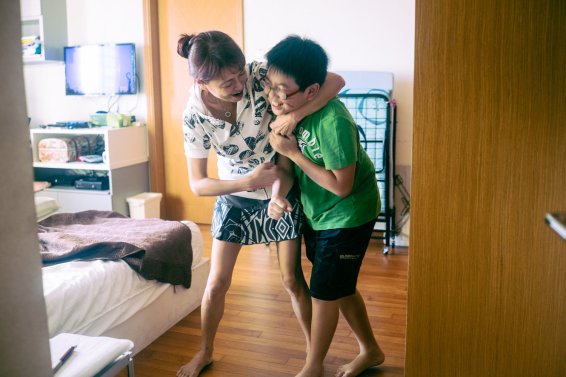 March 26, 2013. Pauline was 45 years old, back in Singapore, and going through divorce. As she was walking home from a night of drinks at Bar Bar Black Sheep, she heard some strange noises. Outside BXG Fitness Gym, she saw a Muay Thai training session taking place.

At her first trial run, she almost threw up. But she kept coming back, eventually going for training every single day. The sport demanded absolute concentration, and it took her mind away from her worries. 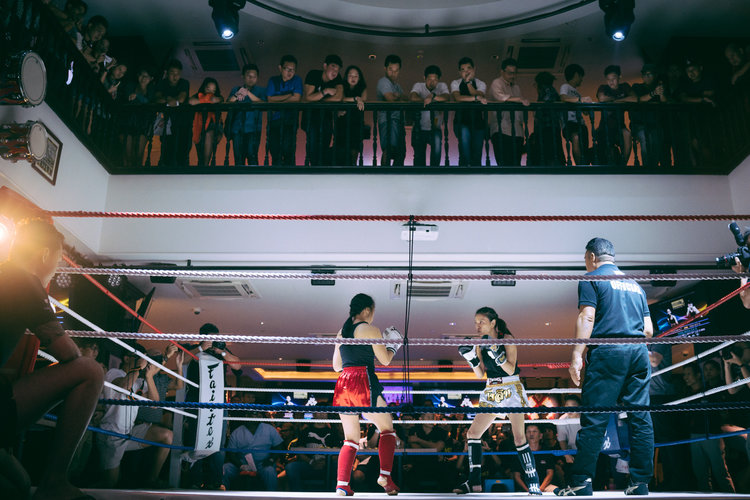 Done as part of Stories@35mm, a photography mentorship under Edwin Koo, organised by Sony. All photos were shot with the Sony RX1R II, a fixed 35mm lens camera provided by Sony Singapore. The photos were eventually exhibited at Objectifs Gallery on 18 November, for three days.